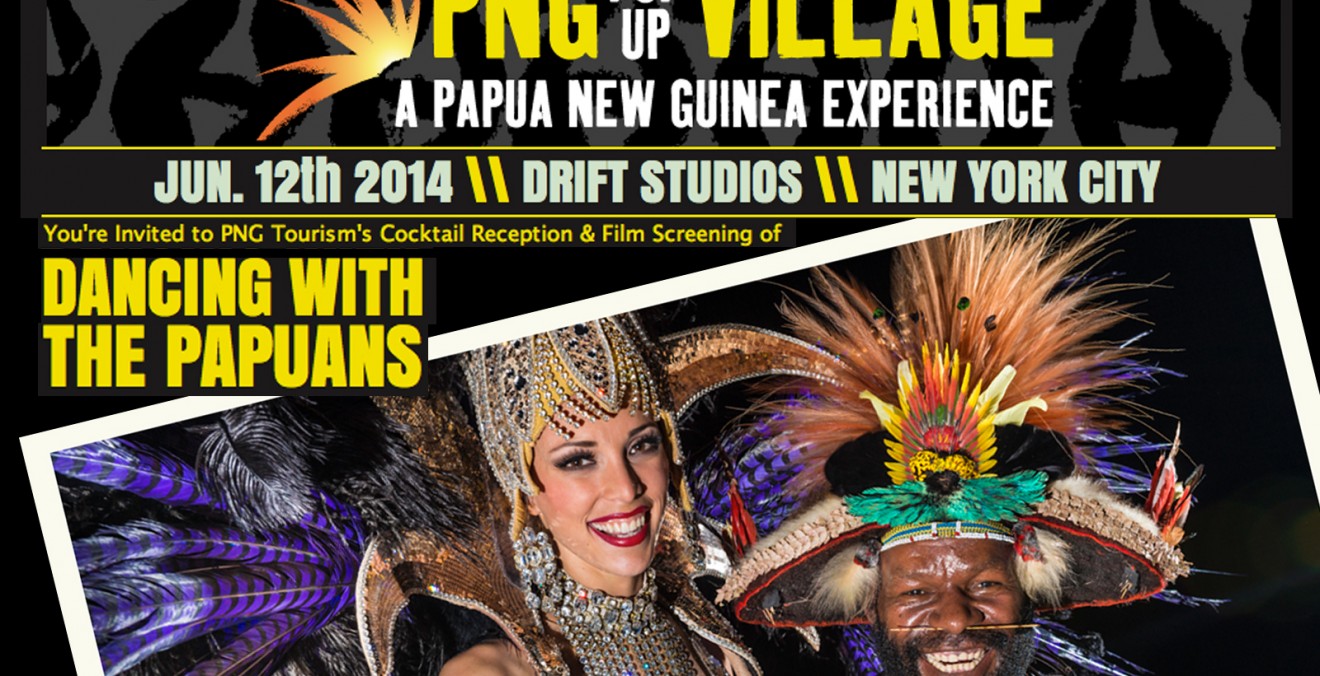 Only in New York

Meet Mundiya and I in New York !

Join Papua New Guinea Tourism Board for an exclusive screening of Dancing with the Papuans documentary, a film chronicling the incredible blend of two worlds united by their shared passion for dance, culture and feathers. At the invitation of Mundiya Kepanga (a Huli Wigman from the highlands of Papua New Guinea), Dancing with the Papuans tells the true story of three French Cabaret dancers who journey to Papua New Guinea for a unique mission : to join Mundiya’s village as they compete in the country’s largest tribal gathering using the feather-clad women as the tribe’s “secret weapon”.

After the film screening, guests will enjoy an engaging Q&A with Huli Wigman Mundiya Kepanga and French filmmaker Marc Dozier on making the film and Mundiya’s first time to America.