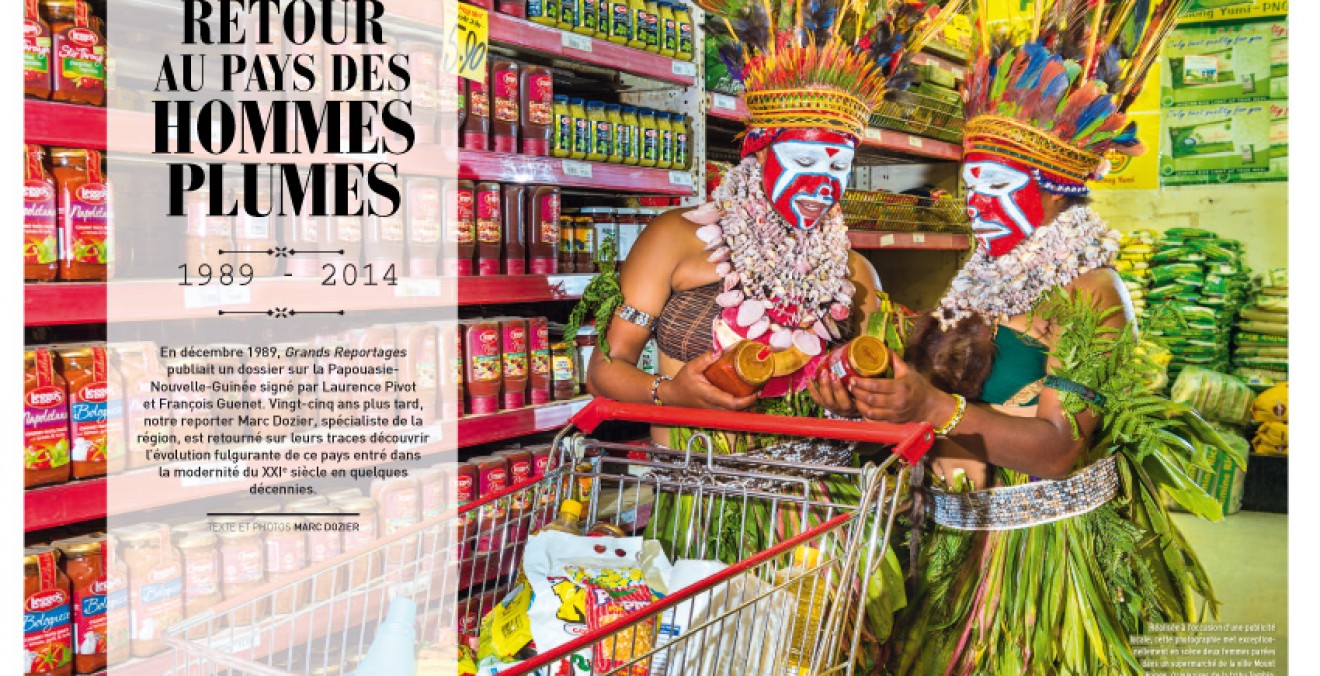 On the occasion of its 400th issue number, French magazine Grands Reportages published a special anniversary issue about the world evolution over the last thirty years. In December 1989, the newspaper published a story on Papua New Guinea by Laurence Pivot and François Guenet. Twenty-five years later, I follow their tracks to uncover the development of the country entered into sudden modernity in a few decades. The magazine also devotes its pages to Lhasa, New York, South Africa and Phuket. A must have special issue available on all newsstands from 1 November 2014.
Share